Bitcoin rebounds to $31.6K but warnings of another BTC price plunge are everywhere

Bitcoin (BTC) continued its bounce from its 2021 opening price on July 21, hitting $31,600 in what some fear is just a temporary reprieve from downside.

Data from Cointelegraph Markets Pro and TradingView followed BTC/USD as it gained a respectable 7% during Wednesday.

Bulls had successfully defended the largest cryptocurrency against further losses at just above $29,000 — the price at which the market began the year.

As Cointelegraph reported, however, concern is running high over current strength being a “relief rally” — not a true comeback after a price floor.

Veteran trader Peter Brandt concurred, suggesting that Bitcoin would need another shock leg down before the genuine return to form kicked in.

l think your chart may be prophetic

Hash rate was nearing 100 exahashes per second (EH/s) at the time of writing, edging closer to all-time highs of 168 EH/s from before the infamous China mining rout. 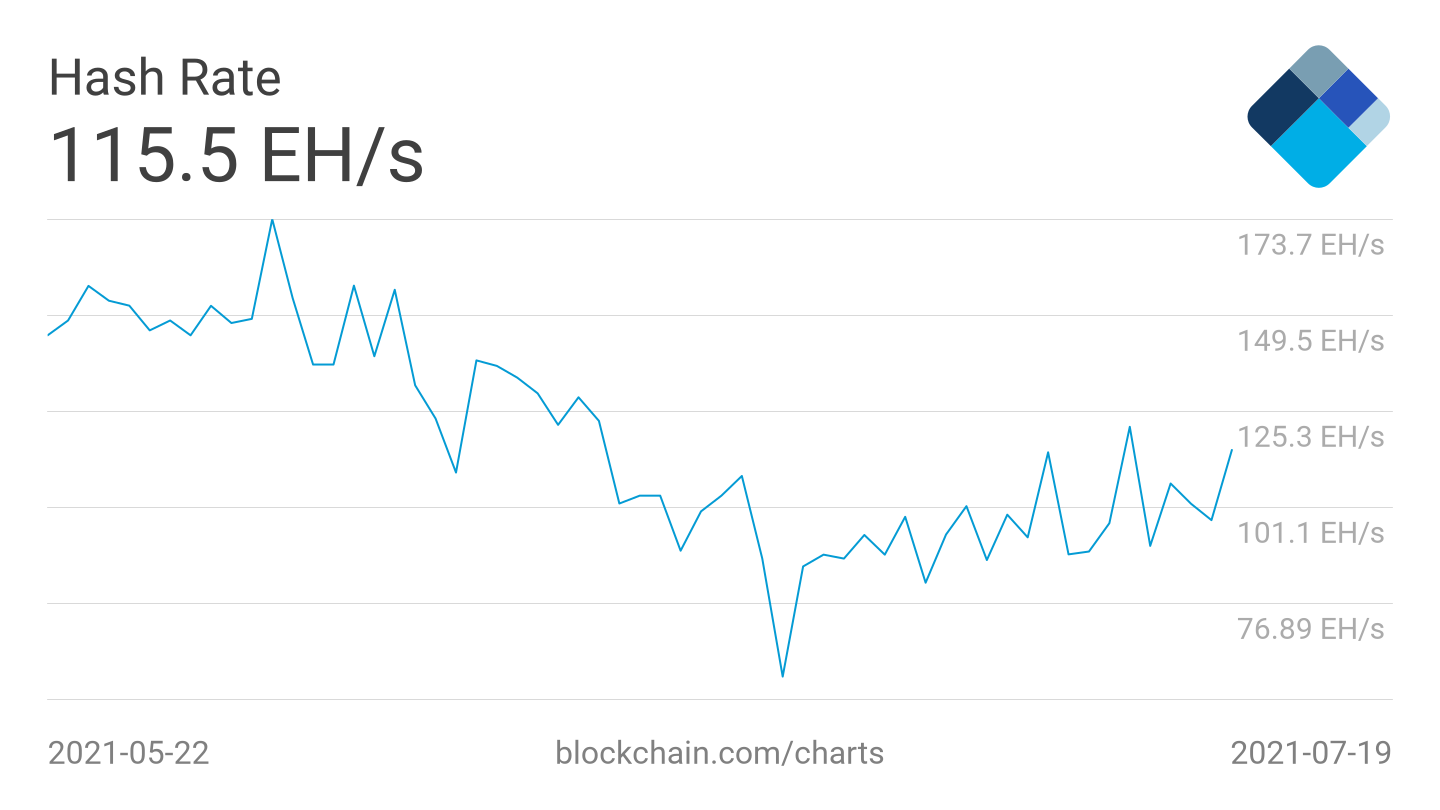 Difficulty, meanwhile, was still on track to increase at its next readjustment, despite the price dip.

In altcoins, a welcome reversal of fortunes was still in play — many of the top fifty cryptocurrencies by market cap saw daily gains of nearly 10%.

A standout was Dogecoin (DOGE), which put in 14% returns ahead of proponent Elon Musk’s discussion at Wednesday’s “The B Word” conference.

Crypto players more broadly will be watching for cues from the event, which features Musk in discussion with ARK CEO Cathie Wood and Jack Dorsey, CEO of Twitter and payment company Square. 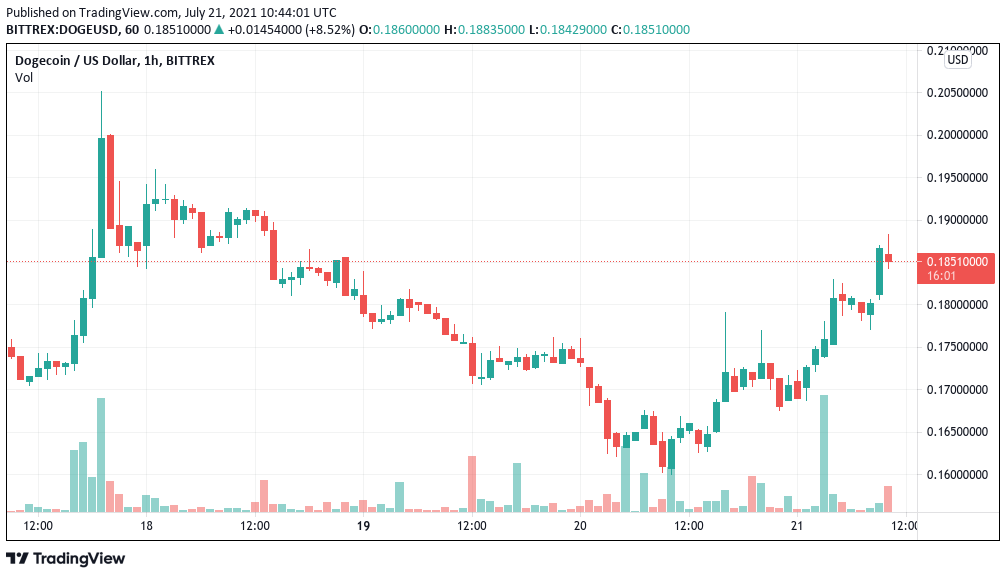