Bitcoin (BTC) failed to regain $30,000 after losing support on July 20 as fear & greed indices raced each other to the bottom.

Data from Cointelegraph Markets Pro and TradingView showed BTC/USD continue trading in the $20,000-$30,000 zone on Tuesday.

The move came in tandem with a souring sentiment on traditional markets. The Fear & Greed Index, which uses a basket of factors to determine the mood among market participants, fell into the “extreme fear” zone on Tuesday, measuring 17/100.

At the same time, the cryptocurrency equivalent, the Crypto Fear & Greed Index, raced to catch up, dropping to 19/100 — also denoted as “extreme fear.”

Crypto Fear & Greed saw local lows of just 10/100 last month, while the traditional counterpart’s score has halved in a week.

“No real run of volume yet, through which the liquidity tap should still happen or we’ll see a test at $24K for Bitcoin.” 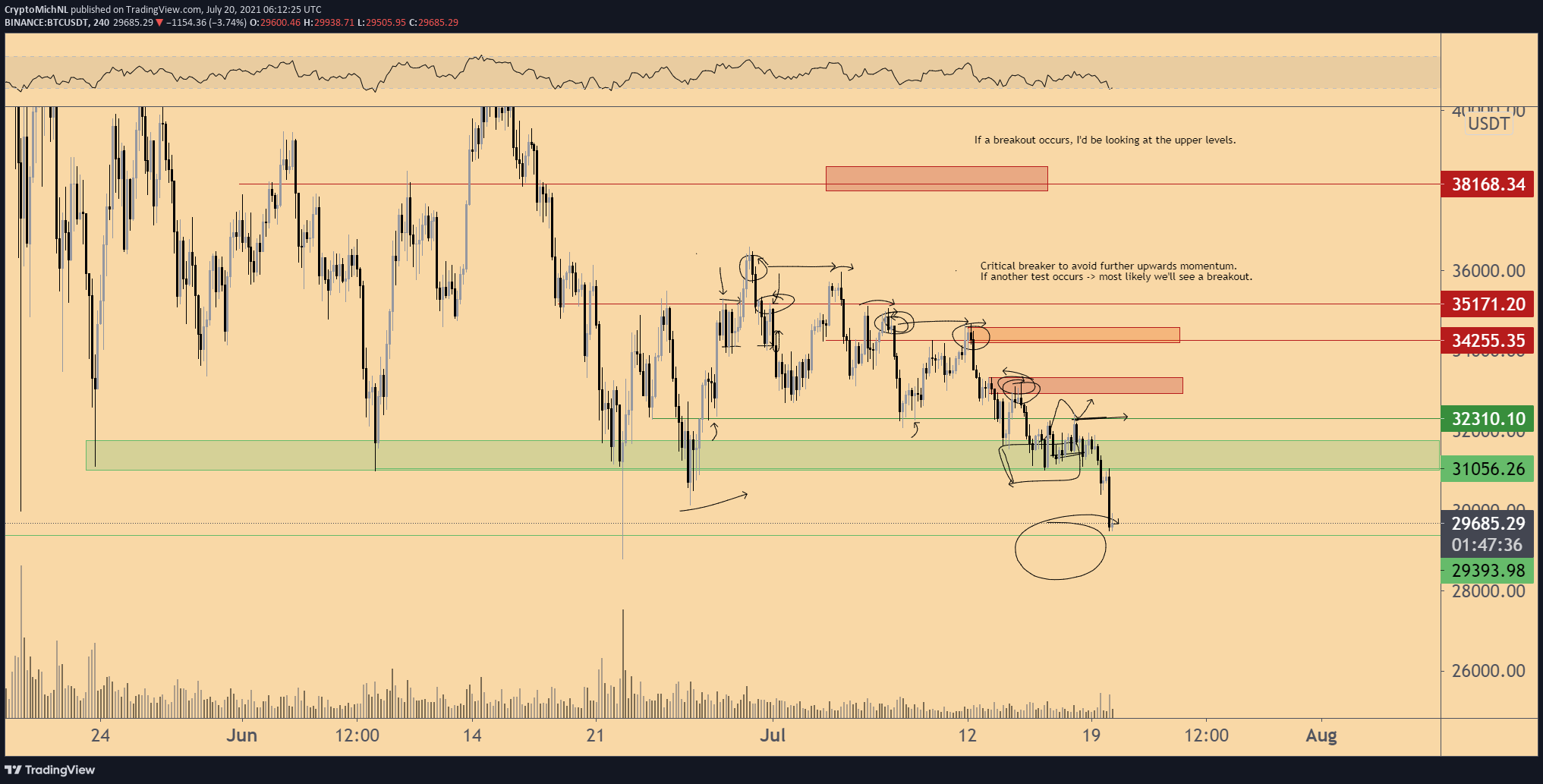 On Monday, fellow trader and analyst Rekt Capital had summed up the grim picture on spot markets, concluding that downside was more likely to prevail. In the event, BTC/USD fell almost exactly to his target zone.

“BTC has lost Weekly support (black) and convincingly lost the blue 50-week EMA,” he summarized on Twitter alongside the relevant chart.

“BTC has failed to preserve the bullish momentum that originated in the green box. In fact, sell-side pressure may mount on BTC and may force a return to the green area soon.” 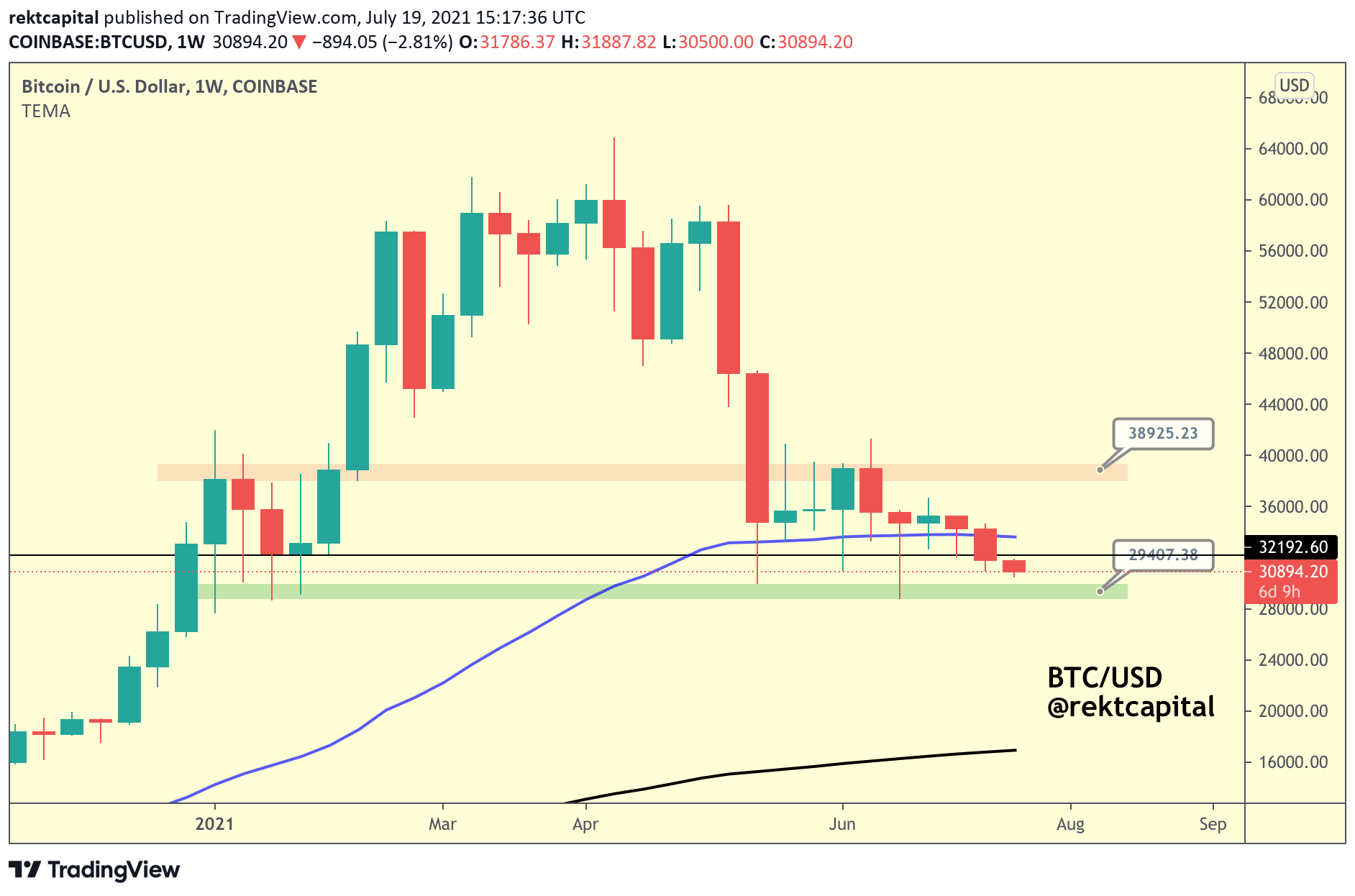 A look at buy and sell positions on major exchange Binance meanwhile showed support remaining in place between $27,000 and $29,000 despite the price dip.

Resistance, on the other hand, was thin below $35,000, providing a silver lining for bulls hoping for a swift rebound should the market find fuel for a U-turn back above the $30,000 mark. 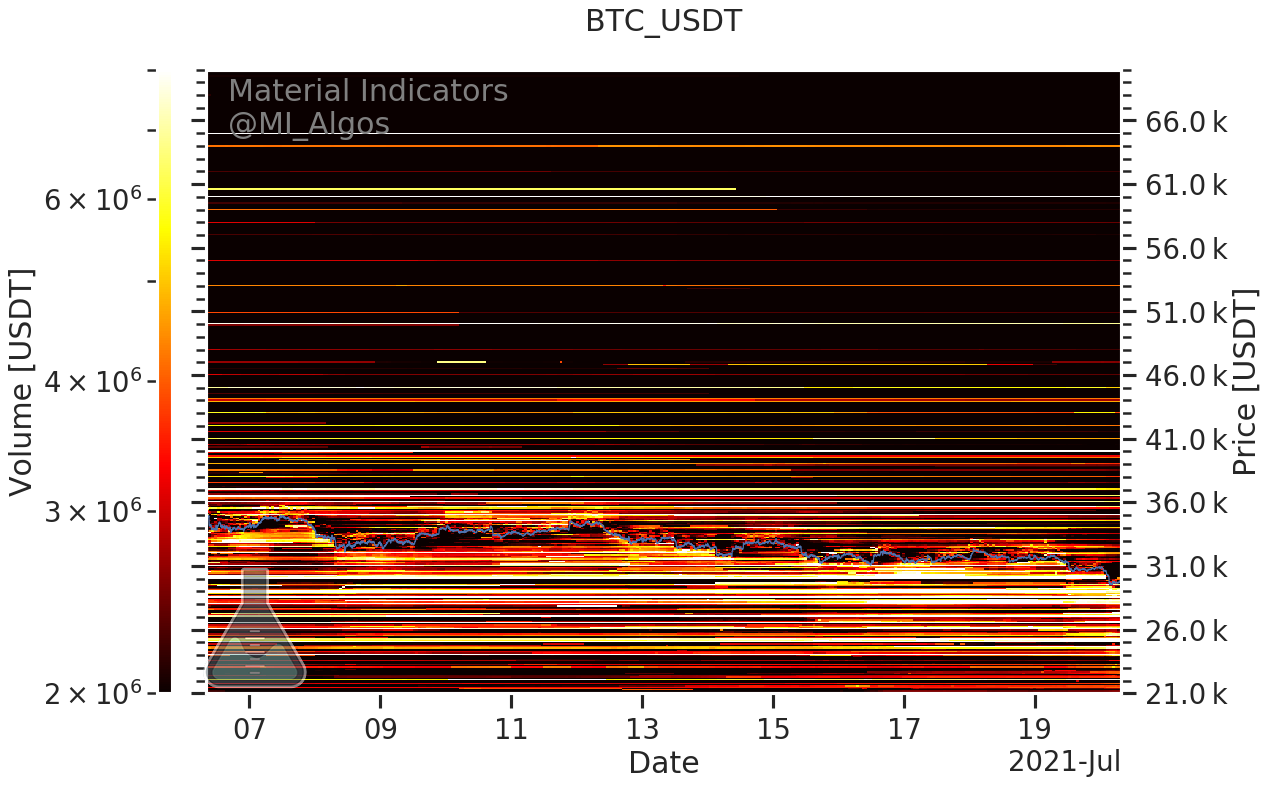 Altcoins compounded existing weakness as Bitcoin fell, with many of the top fifty cryptocurrencies by market cap hitting 20% weekly losses.

Ether (ETH), the largest altcoin, lost a longer-term 2021 uptrend on Monday, continuing to trade below $1,800.